Slide the latch toward the front to reduce the bobbin endplay, or towards the back to increase it: 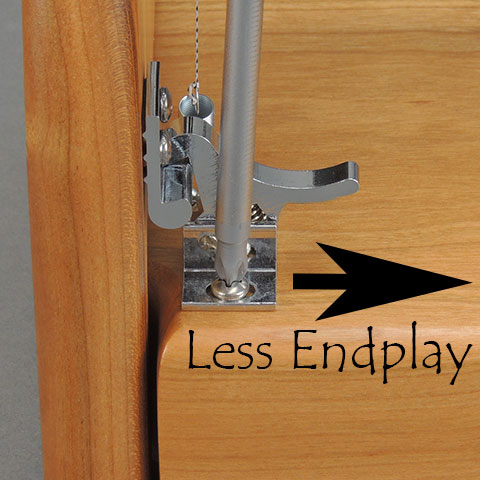 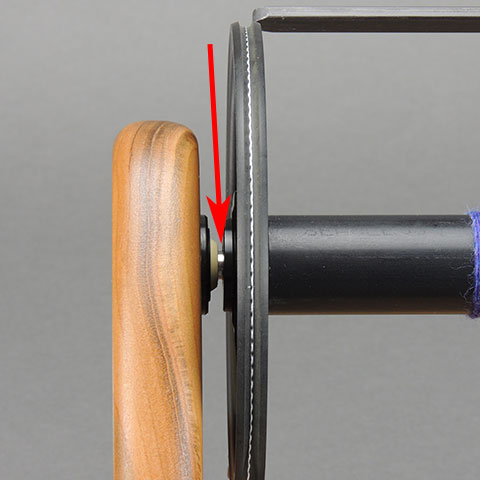 If you cannot get the adjustment perfect by sliding the latch, you may need to adjust the vertical position of the strike.  This is a very sensitive adjustment, so don't attempt it unless you must.  Adjust the strike up to reduce the endplay, or down to increase it.  You will almost certainly need to readjust the latch after adjusting the strike, and it will probably take a couple of tries to get it perfect. 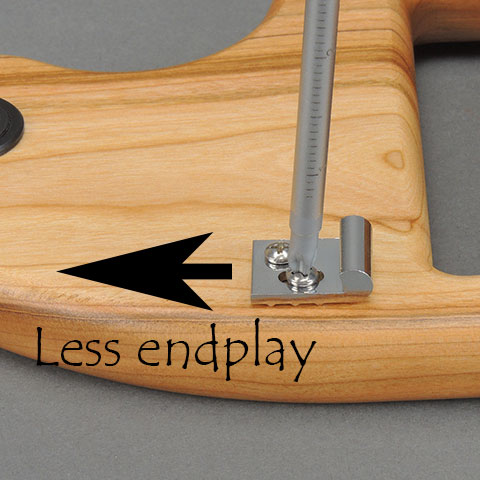